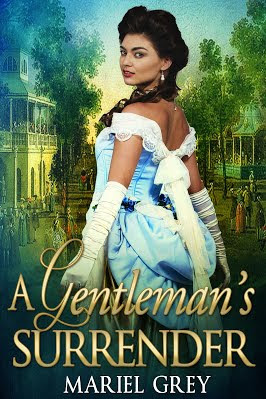 Call her a romantic—or a fool, Lady Monique Cathdon is determined to marry for love. After watching her parents tolerate an arranged betrothal, life seems too short to be wasted on keeping up appearances.

After all, what’s the point of having a heart if one refuses to follow it?

With a smile the devil himself might be proud of, James Stanton is not what her mother would call “a matrimonial prospect”. Still, there’s something about the young man that sends Lady Monique’s heart thumping around her chest, and silences her voice of reason.

Unfortunately for Lady Monique, the stakes are high, and young ladies of the ton make for very poor gamblers. Especially when James Stanton is on the hunt for revenge, and won’t let an innocent woman—or his own passionate desires—get in the way of righting past wrongs.

James Stanton shifted on his feet and struggled to curb his growing agitation. Tinkles of laughter and the strains of violin filled the ballroom, but he ignored the distractions. He was impatient to meet Lady Monique.
Stanton scanned the crowd once again before sighing and returning his attention to his cousin and the attractive women chatting at them. The endless pleasantries and banal conversation was beginning to grate on his nerves.
The woman to his left, whose name he could not recall, waved her fan impatiently. “It’s unforgivably vulgar for Lady Monique to be so late and keep her guests waiting.”
Only half listening, Stanton envisioned her sporting cat’s claws and a set of twitching whiskers. The image bolstered his fading smile.
“Perhaps Lady Monique is feeling poorly,” said another, more charitable, woman.
The first sniffed at the comment. “Then she should have apologized to her guests and bid them begin without her.”
The speculation droned on as to the cause of Lady Monique’s absence. Stanton didn’t give a fig why the hostess’s unmarried daughter had yet to appear and open the dances. All he wanted was an introduction to the damn woman so he could take her measure. After all, she would play a key role in his quest for revenge.
Mercifully, someone took pity on them and finally initiated the first set of dances and Stanton breathed a sigh of relief. Music filled the expansive room and dancers floated across the floor, a rainbow of color in full dress. Their balletic movements were a testament to their rank and privilege, which only served to amplify Stanton’s irritation. Gazing at the dancers again, Stanton wished he was anywhere else. Unfortunately, his plan could not proceed without this step.
He became aware of a ripple of whispers and eyes darting toward the grand hallway behind him. Turning to see what had riveted the attention of those around him, Stanton’s eyes met those of an elegant woman. Lady Monique, he presumed. His quarry had arrived. 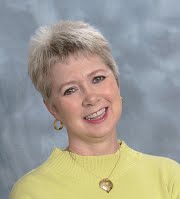 From the moment she could put pen to paper, Mariel Grey knew she wanted to be a writer. Like all good adventures however, it didn’t happen overnight; it was after several decades of working in litigation that the desire to create dramatic worlds and characters became too great to ignore. Her first foray into historical romance, Surrender of Trust, explored the grime and glamour of regency horse racing, following the determined but impoverished Lucy Goodwin and upright Lord Chalifour. Her second novel, A Gentleman’s Surrender, released January 1, 2016 introduces the innocent Lady Monique and tortured Mr. Stanton, both struggling to find love in a world filled with deceit.
Though entirely at home in the ballrooms and street alleys of London past, Mariel Grey’s is currently working on  a contemporary story set in Florida, a landscape dear to the author’s heart. When she isn’t conjuring words on her computer screen, Grey can be found on the water fishing, snorkeling, and enjoying the incredible natural beauty of her home.
Mariel has a wonderful husband (the hero of her own romantic story) as well as a mischievous cat (who seems happy to play the role of villain). In addition to being a dutiful wife and animal wrangler, Mariel is a member of the Romance Writers of America and the Ancient City Romance Authors chapter.