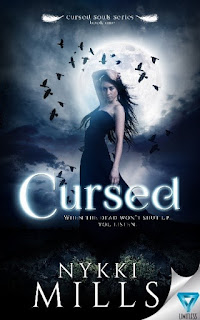 
Gina Flinn is no stranger to the dark side. She’s been walking the tightrope with death for years. Plagued with abnormal abilities ranging from picking up old memories to reading auras, Gina found herself in a downward spiral into drugs and alcohol.

She’s been clean and sober for a year now, but when she starts seeing the pesky ghost of the old lady down the street, things start to unravel. It’s a minor annoyance until a ghost of a woman in red shows up and starts tormenting Gina with visions of a violent past

In an attempt reunite the old lady with her beloved cat, Gina runs into Ben, who is eager to help her. But no one can help her—the woman in red is relentless, which forces Gina to turn back to the comfort of intoxication. She blacks out and wakes up in bed with Ben, only to find herself on the wrong side of the law.

Gina got into a fight with one of her classmates during her blackout, and now the girl is missing…

Gina is the number one suspect, and with her history of substance abuse and erratic behavior, everyone is sure she’s guilty. She knows she’s innocent and it all leads back to the woman in red.

But with the police breathing down her neck, and Ben the only person willing to believe her story, Gina must find a way to prove her innocence or finally accept that maybe she really is… 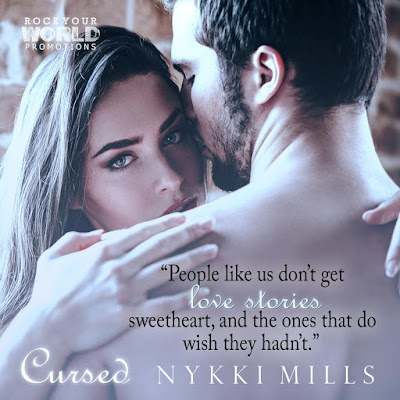 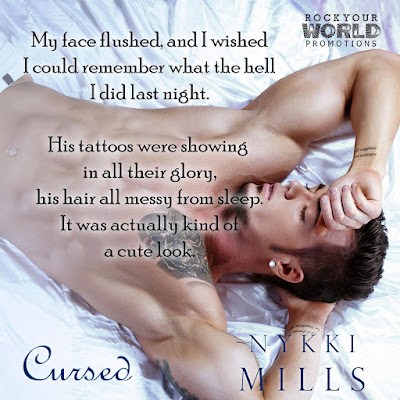 I watched them until they disappeared into thin air. That cat must have been the only

thing she truly loved in this world. For once in my life, I helped someone. The weightless feeling

was fleeting and foreign, but good. A small sense of relief settled across me only seconds before

a cold breeze washed over me. The hair on the back of my neck stood at attention, and I knew I

“Help me.” The soft plea came from behind me. Something felt off. Unease slivered up

my spine and sent a shiver through my entire body. I spun around. A woman was standing so

close, we were almost nose to nose. My hand instinctively shot up to my mouth, and I stumbled

back. She was very, very dead. Her face was a mangled, bloody mess, and the tattered long red

dress she wore placed her somewhere in the 1800s. She opened her mouth, revealing jagged and

“Help me,” she moaned, cocking her head to the side as she reached out. I stumbled back

further. Something was wrong, very wrong, with this woman. I’d only been seeing dead things

for a day, but this couldn’t be right. My heart slammed against my chest so hard it actually

ached. I couldn’t take my eyes off of her, and my feet seemed to weigh a ton.

“I can’t,” I whispered. I backed up, sliding my feet against the gravel, until I was leaning

against the trailer, trying to fill my lungs with air. This was wrong—different than Mrs. Peterson.

She stepped forward, and the distinct sound of bones snapping pushed me over the edge.

My throat constricted, and I bolted toward the porch. All I could hear was the sound of my heart

pounding. I reached the door and flung it open as something slammed into my back. Mind-

blowing pain radiated down the side of my face, causing my ears to ring. I collapsed to my knees

and clutched my head, screaming. Another wave of pain hit me and shot down my spine. The

world faded around me.

Darkness surrounded me. Something hard slammed into me over and over. I tried to open my eyes. A black shadow stood over me. I gasped and tried to get a better look, but the blood stung too much. I did my best to shield myself from the painful blows. My arm snapped, making an awful sound. I tried to scream but instead choked on more blood.

“Gina!” A hard slap brought me back. Kass kneeled over me with wide eyes. She leaned back and

covered her mouth. Clearly she was more shocked by the slap than me. “I’m so sorry.”

Gina is a girl about to enter college but who feels lost in life. That's because her mother's family women have the gift of seeing and talking to the dead.
For Gina who can not deal very well with it, it's a curse.
To make matters worse her situation, her mother doesn't seem to know how to deal well herself, since she is practically an alcoholic prostitute and avoids her daughter at all costs.
Gina is supported by her cousin Ian and his girlfriend, Kass, even the two not knowing what the real Gina problem is. For them, Gina is going through a difficult phase  so she turns to drugs.
Until Gina begins to have several episodes in which not remember what happened and one of these episodes she ends up being accused of murder of a classmate.

The aid, although strange at first, comes from where she least expects, Ben Peterson, the great-nephew of a trailer neighbor who died recently. Ben was in charge of caring for the great-aunt's belongings in the trailer. But he ends up there and show an unusual interest in Gina.
And it is from there that the reader asks: what is his real interest in Gina? Does he have the same gift of her?
The book's mood is dark, with many mysteries to be solved and a main character lost between what is real and what is afterlife.
Ideal for those who like stories with mysteries and twists. 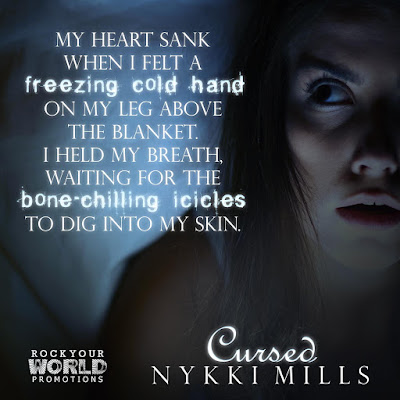 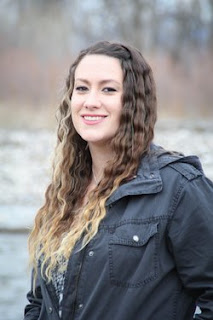 Nykki lives in Montana with her husband and three kids--who may or may not be the boss of her. She is obsessed with ghost stories and virtually anything paranormal. Add in her obsession with YA fiction and this book was born. Sacrificed is the third book she's written, but the first she's published. She also has a huge appreciation of humor, and sarcasm is her second language.

She will be releasing her Cursed series in the coming months. The sequel to Sacrificed can be expected next summer. Nykki regularly updates release dates on her blog and author Facebook page! 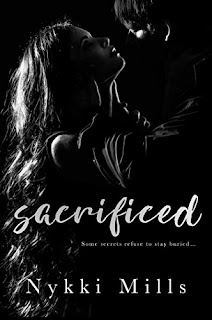