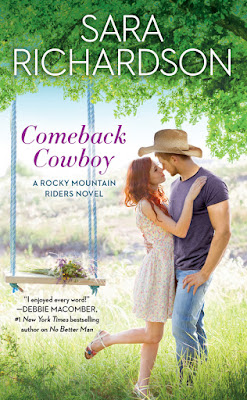 A WOMAN NEVER FORGETS HER FIRST COWBOY . . .
As a single mother, Naomi Sullivan is used to doing things on her own. She's finally saved enough from working at the Cortez Ranch to buy a lovely home for her and her little girl. Life is going as planned. But when her high school sweetheart comes riding back to town, this self-sufficient woman feels something she hasn't felt in years: red-hot, unbridled need for the handsome cowboy who left her behind.Lucas Cortez doesn't plan on being in town long. Yet when he sees Naomi again-the gorgeous girl he never stopped loving-he's tempted to hang up his hat and stay awhile. He's already charmed his way into her daughter's heart, but he'll need more than sweet talk and roses to convince Naomi to give them a second chance-especially when she's hiding a secret that could change their lives forever . . . 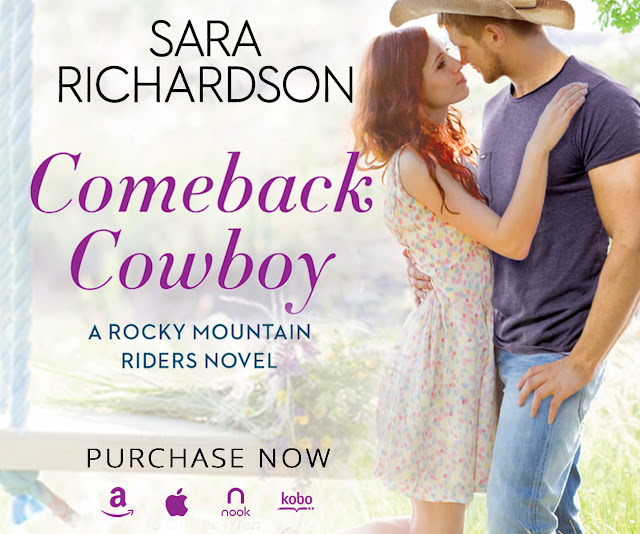 Naomi has been working at Cortez Ranch for ten years. Throughout that time, thanks to her friendship with the family and living there for free, she has managed to save money and is about to fulfill her dream: to buy Potter Residence and build her Bed & Breakfast.
Her marriage didn't work. Mark, her ex-husband, screw up everything as soon as Naomi announced she was pregnant. He simply abandoned them.
Gracie was 10 years old and was a healthy and happy girl.
Everything seemed to go well, but since last Fall, Naomi had a new problem, and this one was tall, handsome, charming and had a history in the past with her: Lucas Cortez.

Lucas had been arrested 10 years ago, accused of having burned down a stable, killed two bulls and ruined the town's chance of hosting a rodeo. He was sentenced to 3 years in prison but left earlier for good behavior. He decided he would not go back to Topaz Falls because he knew the city would not welcome him with open arms. Instead, he went to work for Bill McGowen and made the businessman in the world of rodeos get even richer.
But since his father was diagnosed with Parkinson's, Lucas came to town.
And he was harassed.
Except for Naomi.
However, she seemed to avoid him and only later he found out why.

A story about second chances and about judging people without knowing their real story.


Sara Richardson grew up chasing adventure in Colorado’s rugged mountains. She’s climbed to the top of a 14,000-foot peak at midnight, swam through Class IV rapids, completed her wilderness first-aid certification, and spent seven days at a time tromping through the wilderness with a thirty-pound backpack strapped to her shoulders.
Eventually, Sara did the responsible thing and got an education in writing and journalism. After five years in the corporate writing world, she stopped ignoring the voices in her head and started writing fiction. Now, she uses her experience as a mountain adventure guide to write stories that incorporate adventure with romance. Still indulging her adventurous spirit, Sara lives and plays in Colorado with her saint of a husband and two young sons. Her first contemporary romance, No Better Man, was released by Grand Central forever 2015.