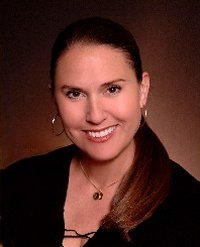 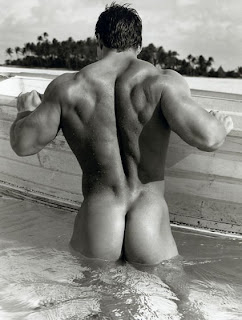 Everywhere he touched she tingled.
Prim slipped her grasp to his forearms. She'd never been regarded so avidly-as though he were committing every detail of her to his memory, both with sight and touch. But then, she was engraving him into her mind as well. She noted the tiny lines that radiated from the outer corners of his eyes, slightly paler than the rest of his tanned face, as if he spent his days squinting in the sun. She noted the slight peak of his hairline, and the way his black hair, so short and straight, grew forward on his head. And then there was the smell of him-sandalwood, sunshine, and the faintest hint of horses, all evaporating from his moist skin.
His eyes were fixed on hers now, looking for something.
But what?
She didn't look away or drop her gaze. She just stared back at him. Slowly, he began to lower his head to hers. She trembled with anticipation. But then he paused-just above her mouth. She could feel the touch of his breath. Her clitoris throbbed eagerly. Kiss me. God, kiss me!
But he didn't move, so she stretched onto her toes.
The moment her lips touched his, he moaned low and deep, the sound strumming her senses. And then he was pressing down upon her, his lips opening over hers, his tongue thrusting. He tasted of fennel, sweet and fresh.
Prim gasped into his mouth as his arms came around her and pulled her tight. Melting heat bubbled up in her at the feel of his hard chest and strong embrace. He kissed her deeper and deeper-more deeply than she'd ever been kissed before. Her head reeled. Clasping him tightly, she gave him kiss for luscious kiss. For, Lord, these were the kisses she'd always dreamed of-the kisses she'd imagined as she'd laid her hands upon herself in the dark hours of the night.
Only they were more...so much more. For he was pressing them upon her, and he was warm and real in her arms.
* * *