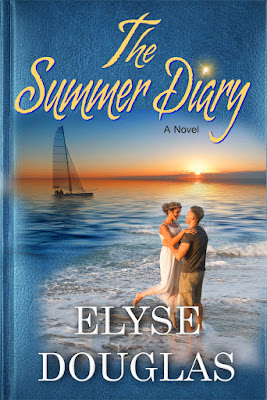 After her best friend and her husband are killed in a private airplane crash, Keri finds some of her friend’s personal effects, one of which is a diary. When Keri reads it, she discovers her friend had been secretly in love with another man, a soldier. Keri knew nothing about the relationship, even though she and her friend were as close as sisters.

Determined to find the secret lover, Keri sets off on a journey and discovers the key to her destiny.

EXCERPT:
Keri stopped, hovering on the edge of an absurd thought.  Should she try to find Ryan?  The thought gave her a sudden electric thrill.  She stared down into the sand, seeing the eroded ruins of an old sandcastle that had been punished by the hostile tide.
“Ryan,” she said aloud, the sound instantly swallowed up by the beat of waves striking the beach.
Keri circled the space, gently kicking at the sand castle, mentally kicking at “what ifs.”  What if he’d been killed?  What if he’d moved away?  What if he was married and didn’t want to remember Sophia?  What if Sophia hadn’t revealed the whole truth about the relationship because there was some awful truth about him?
And how could she possibly ever locate Ryan without a last name?  Sophia had never once mentioned it.
In an instant, Keri knew the decision had already been made:  She had to find a way to track down and speak to this man.  She whirled and marched back across the beach to where she’d left her chair and the diary.  There had to be clues in the diary—had to be phrases that could help her find Ryan.  At the very least, she could discover what had happened to him.

Keri Lawton loses a friendship of more than 20 years, her best friend Sophia Anderson dies in a plane crash. Sophia's parents ask Keri she collects and take a few objects  of their daughter at the beach house. Among the objects, Keri finds a diary. Keri never imagined that Sophia had a diary, they always shared all the secrets. Or didn't they?

Reading the diary Keri discovers some secrets that make her feel like she was losing her friend a second time.
But the most amazing was that Sophia finally fallen in love with someone ... when she was  to marry another man.
Following some clues, Keri find out who was this man of Sophia secrets and where he lived. Keri decides to find him and try to unravel who really was this friend that she thought she knew so well.

Ryan was a former soldier of the Army Special Forces. He has a tragedy romantic history. He was never reciprocal for Sophia's  feelings.
But when Ryan and Keri meet, the abyss of sadness and disappointment that kept them separated from the world begins to come together.

The story is romantic, sometimes sad, but the end brings contentment.
I liked the characters, I thought Sophia was a bitch friend, and loved the ending.
A good book to read in an raining day... 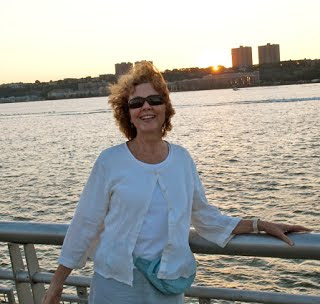 Elyse Douglas is the pen name for the married writing team Elyse Parmentier and Douglas Pennington. Elyse grew up near the sea, roaming the beaches, reading and writing stories and poetry, receiving a Degree in English Literature.  She has enjoyed careers as an English teacher, an actress and a  speech-language pathologist.  She and her husband, Douglas Pennington, have completed five novels: The Other Side of Summer, Christmas for Juliet, Wanting Rita, Christmas Ever After, The Christmas Town and The Christmas Diary.