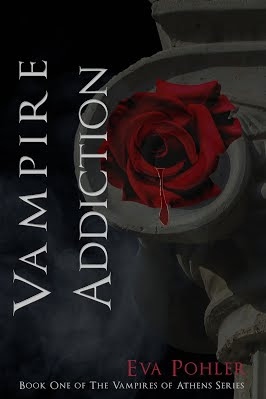 Some call them “tramps.” In Greek, they are called vrykolakas, or “vryks,” which sometimes gets translated to “freaks.” They are the vampires of Athens, created centuries ago by the Maenads. They live in caves beneath the acropolis, without economic resources and according to rules imposed on them by the Olympians. They are forbidden from turning humans into vampires, which happens when all of the blood is drained; however, they are allowed to drink from a willing mortal. Some mortals are willing because a vampire bite will infect the body for six hours, and, during that time, the mortal has the powers of flight, invisibility, strength, speed, x-ray vision, and mind control. Such great power can become irresistible, though dangerous and addicting to mortals.
As seventeen-year-old Gertie, studying abroad from New York, uncovers the unfathomable secrets of this ancient city, she unwittingly becomes a catalyst in an uprising led by Dionysus, the god of wine and lord of the vampires.

Poor little rich girl ...
Gertrude Morgan, or Gertie, is sent by her parents to study in Greece.
At first, she doesn't like the idea. She's sure that her  parents want to get rid of her and don't hide their satisfaction of  sending her away for a year.
But when she gets there,  Gertie is fond for the host family.
The children, Klaus, Nikita and Phoebe (this doesn't speak for 3 years since witnessed the fire  killed her younger brother), are her friends and will study at the same school.
But Gertie ends up involved in a love triangle with Jeno and Hector.
Jeno is a guy she meets along the bus trip. They talk about her reading, her fondness for books about vampires. He thinks her choice is funny.
Hector is a friend of Nikita and Klaus and is always at their house, and give them ride to school every day.
Living in the city where the mythology is present everywhere, Gertie discovers a world that thought to exist only in the pages of books.
Gods, demigods, vampires live so - sometimes not much - peaceful.

But the greatest danger is when she experiences the feeling of being one of them. When bitten by a vampire, for a few hours she has powers similar to those of them, she can fly, become invisible, read minds. And this becomes a difficult addiction to resist.
The powers can bring a sense of contentment, but also bring hazards that affect people Gertie learned to love.
Living with mythical beings, Gertie will have to make choices that call into question her sanity, her happiness and future...
Young-adult with some mystery.
The pace is a bit fast. The references to mythology are interesting, bringing a new look to the Olympus beings. 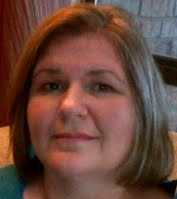 Eva Pohler is the Amazon bestselling author of The Mystery Book Collection and four series for young adults: The Gatekeeper's Saga, The Gatekeeper’s Saga Spin-Off Series, The Purgatorium Series, and The Vampires of Athens. Her books have been described as "thrilling" and "addictive." A Kirkus reviewer said of The Gatekeeper's Sons that it was "sure to thrill Hunger Games fans."

A reader herself, Eva writes in multiple genres, but all of her stories blur the line between reality and fantasy, truth and delusion, and draw from Eva's personal philosophy that a reader must be lured and abducted into complete captivity in order to enjoy the reading experience.

To learn more about Eva, visit her website at http://www.evapohler.com.